Whistle worthy dialogues, drama, power-packed punches and music that ruled the charts. It shattered the box-office records and went on to become one of the biggest Bollywood entertainer of 2016. Think you know all about this box-office ka Sultan? Think again.
Here are few fun trivia we bet you didn’t know:

1.  Love the adorable signature step of the romantic anthem, Jag Ghoomeya? It was choreographed by none other than Salman Khan himself.

2.  The international schedule of Sultan was shot in the wrestling capital of Europe Hungary – Budapest.


3.  It was for the first-time superstar Salman Khan shot in Haryana.


4.  Jag Ghoomeya was the first song that was composed for Sultan and music directors Vishal-Shekhar along with film director Ali Abbas Zafar cracked this beautiful song within an hour! Hum along to the melodious song.


5.  Salman Khan’s family from Indore are real life wrestlers and his uncle flew down from Indore to give him tips. 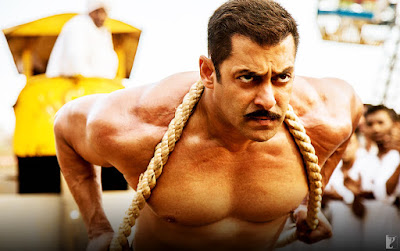 
Watch Sultan ka daav all over again on iTunes: http://apple.co/2bTzVRr and Google Play: bit.ly/2bL77Im
Posted by Yash Raj Films at 06:01